On this date we will be organizing the fifth of 6 regular Brawl Stars tournaments.

It will be live-streamed on our Twitch Channel.

All rounds including Quarterfinals:     BO5 on a predetermined Gem Grab Map

Everybody who qualifies for the Top 16 in this tournament will be awarded points, which are added up in order to qualify for the finals weekend!

For regular updates on the event follow us on our socials! 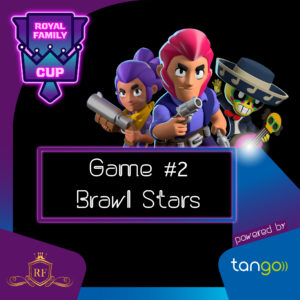